Well it’s been quite a while since my last post.
I’ve had an accident while I was arranging the workshop.
The result was a ruptured distal biceps tendon which resulted in having my arm in a cast for over 6 weeks.
I am still not able to put a strain on my arm muscles but I have to move and train them to get the strength back, which will probably take another 6 weeks.
So there will be no progress till fall I guess.
In the meantime I’m gathering parts for what will be a killer project I’m very much looking forward to but won’t be started until next year. 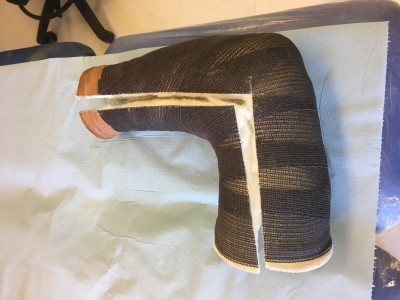 The cast removed after 6 weeks.